When Your Writing Shocks..

At first it's hard to get past the self doubt, it's a disaster, the woe is me why did I write this, they hate it feelings..and then the light bulb moment hits and you realize that what they are saying is exactly the type of response that you are waiting for. Shock is an emotional feeling and that's good isn't it?
This is what happened when I was quizzing a 30 something friend the other day on her thoughts about Breathless. I knew she'd bought it and read it, and hadn't as yet given me any feedback. At first she said she hadn't read enough to comment, but as I pressed her for any response, and assured her that I could take it even if she thought it was crap, and that I'm okay with constructive criticism and that not everyone is going to like it, I wasn't prepared for this response;


I don't want to read anymore because I can't handle  being taken back to the painful days of my teen years, I'm sorry but it's just too much, it's like I can feel everything Charlie feels, the loneliness, the heartache of things happening out of my control, the sadness, the grief.. and I don't want to feel like that again, it took me too long to work through it..

But isn't this why we write to evoke an emotional response from the reader; to have them feel what we can hopefully have our characters convey to them? As it dawned on me that that is exactly what I'd hoped a reader would feel as they identified with Charlies (my main female protagonist) dealt hand in life; this transitional, often sad and lonely, often complex, often raging emotional period of life from deep despair one minute to conquer the world the next, called Adolescense.. maybe writing is not so bad after all..Except for the pay.. but that's for another post , another day.
Posted by 04darcy at 11:02 2 comments:

The Curse of Repetition...

can surely be a pain in the butt for many a writer..we were talking about repetition in our writers group at our last meeting and I was thinking about the time when I was going through a 'word repeat' edit on one of my novels and found a total of 49 'justs' 30 'likes' and 15 'saids'...there were other words on repeat but these were the main offenders, and try as I might I couldn't understand how in the blazes I hadn't picked it up going through the 5 or so previous edits!! The reason we were talking about repetitive words was because one of the members of the group found, in the 1st paragraph of the manuscript we were critiquing, the word 'over' five times. Talking about insignificant words like over often slipping through unseen by the writer, we were able to identify a few words that seem to remain on the write, repeat, write challenge for each of us. It was a great exercise to not only identify the sneaky offenders, but I found it really helpful to fess up and speak them out loud to the group cementing them in my memory, which I'm hoping will probably make me more aware of the excess use of these words as I continue to write.
Posted by 04darcy at 05:40 No comments: 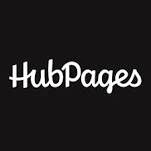